How the news breaks

I wrote this post in 2006, more than 16 years ago. It may be very out of date, partially or totally incorrect. I may even no longer agree with this, or might approach things differently if I wrote this post today. I rarely edit posts after writing them, but if I have there'll be a note at the bottom about what I changed and why. If something in this post is actively harmful or dangerous please get in touch and I'll fix it.

I swear, sometimes this programming thing is really just the digital equivalent of baling twine and duct tape.

If you happen to be watching 6News in Lawrence last night, you’d have seen the election results crawling across the bottom of the screen: 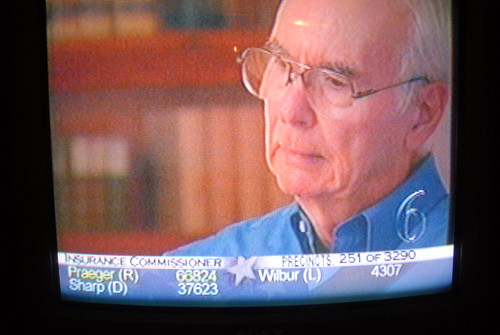 Pretty much par for the course in terms of local TV coverage… but do you have any idea how that information gets there?

Let me break it down:

Here’s the kicker, though:

Despite – or because of – all of this, all night we had fresher data – often by 30 minutes or more – than any of our competition.

Hi, I'm Jacob aka @jacobian. If you're looking to contact me, here are some ways I can help. If you want to find out when I've posted new articles, you can subscribe for updates.